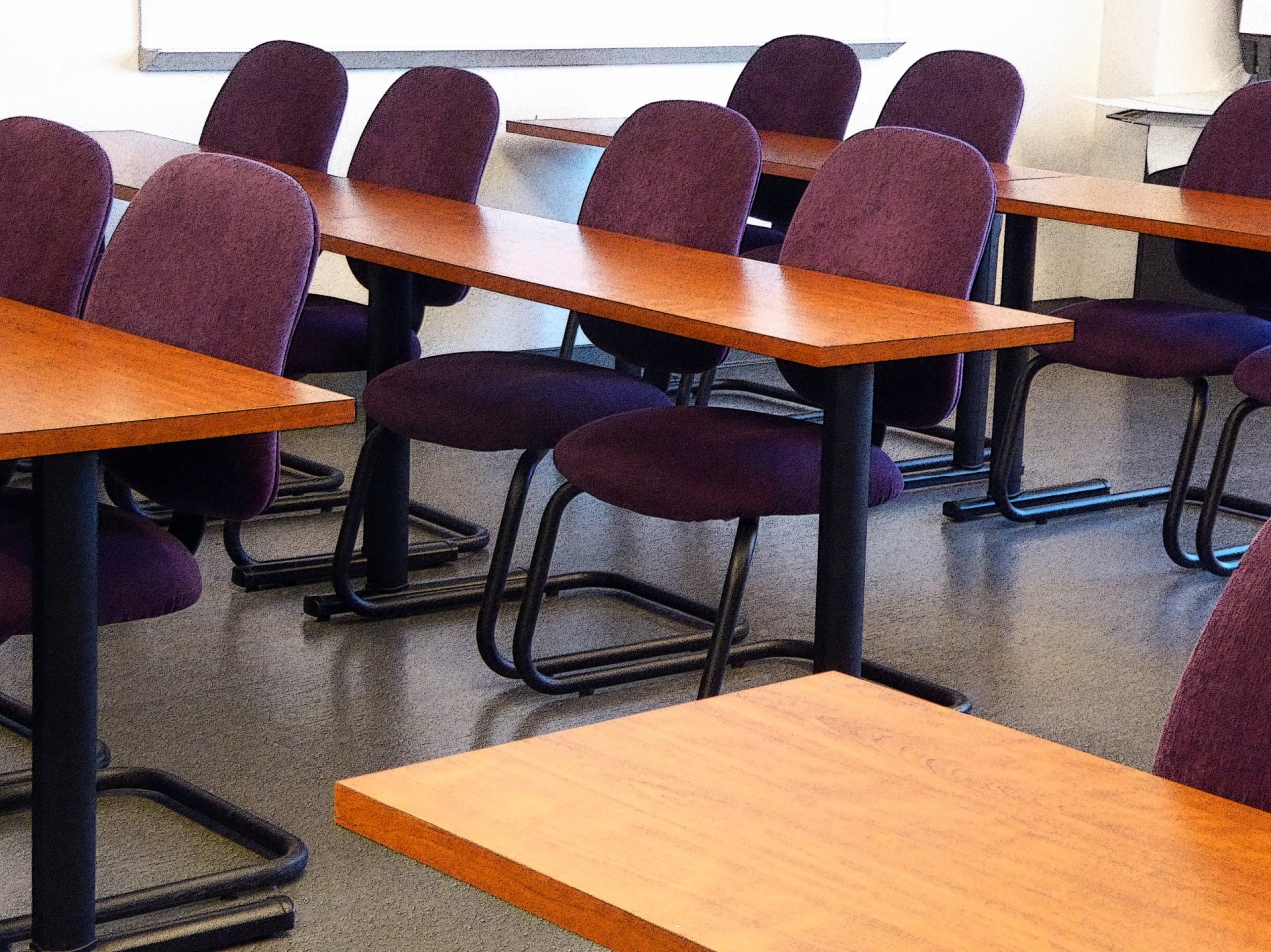 I’ve watched with interest – and at times disbelief – as story after story pops up, about schools imposing rigid new behaviour policies, strict discipline measures, and new, non-negotiable uniform regulations. ‘Cracking down,’ so they say.

Often, it’s schools that have been deemed failing, due to low exam results, or that have found themselves converting to academies. Often it seems to be at the hands of a new headteacher, drafted in to ‘turn the school around’.

I wonder how successful these changes will be in the long run. Recent cases include the school that turned students away at the gates because their shoes, although they were the right colour and style, had the wrong colour stitching around the soles ; the school that sent pupils home because their trousers were the wrong shade of grey ; a school placing children in isolation over lunchtime because their school dinner money was late ; schools banning students from talking to each other  as they walk between lessons, and – at that same school – a rule that students must only ever look at their teacher, or where their teacher has directed them to…  Wow!

But, in schools that (in many cases) are already ‘failing’, and in which morale among both students and parents may already be minimal, will such drastic and antagonistic policies really help? Will having every student looking identical result in a more successful school? Will stopping students from talking to each other grow them into more successful adults? Will imposing such strict and controlling rules about where you are and aren’t allowed to direct your eyes result in better grades? And will punishments for breaking these bizarre rules really turn these kids into better learners and more successful adults? Or will they further demoralise an already demotivated, reluctant and frustrated community?

I can imagine, in the short-term, that this policy would probably make teaching a breeze. I can see how a school where teachers have “unquestioned authority”,  where children behave – dare I say it – like robots, following every instruction without question and with fear of severe reprisals if they fall out of line, may seem like education at its finest… if you are very traditional in your thinking. 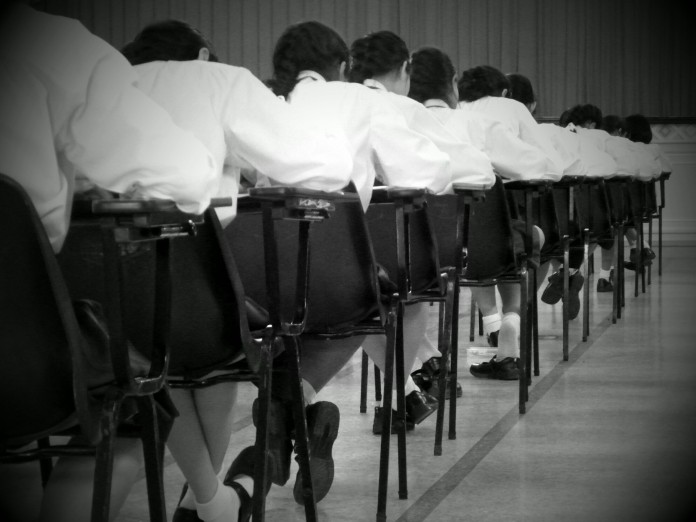 But how can these children (yes, still children, despite schools’ insistence that they must maintain a business-like environment) be expected to grow into self-disciplined, critical thinking, decision-making adults, when up until then, they are consistently stripped of those opportunities? How is this teaching them to make their own choices, form their own opinions and forge their own paths through life, if the whole time that they are supposed to be preparing for adulthood (as school is often described), they are rigidly controlled in every aspect, even down to where to direct their eyes. This isn’t healthy. It is far from healthy. It is over-controlling and extreme. This is what I’m calling ‘Extreme Schooling’!

Thankfully, most of our schools are not like this. I’m sure if all schools were placed on some sort of ‘scale of control’, this extreme schooling would surely be… well… at the extreme, with the majority of schools, sitting much more central. Rules in most schools are more reasonable and tend to be rooted in respect for learning and caring about each other, rather than in bowing to authority. Children are given perhaps a little more leeway in their behaviour, or in their appearance. But worryingly, the trend for tighter uniform restrictions and behaviour expectations does seem to be increasing.

However, despite what our government and our traditionalist society would have us believe, there are other, equally (perhaps even more so) successful ways to school our children, which are very, very different.

Unbeknown to most parents, there exists a style of schooling which lies at the opposite end of that spectrum: schools that, rather than seeking to control every aspect of their students’ behaviour, learning and appearance, seek to hand that control to the individuals themselves. Schools where students are allowed, even encouraged, to have individuality, not only in their clothing and appearance, but also in their learning choices and styles. Schools that allow students to choose their own paths, their own subjects, their own curriculum. Schools that do not overload children with excessive workloads for unwanted GCSE courses. Schools that, instead of seeking to achieve more A-C grades than all the others in their area, are seeking to create wise, thoughtful, critical-thinking, self-sufficient and motivated adults. You may never have heard of these schools… they aren’t much talked about, but they need to be.

They are schools like Summerhill, in Suffolk, Sands School, in Devon, and Wicklow Sudbury School in Dublin. They are education centres, like The Greenhouse Education Project, in Bath, Place to Grow  in Gloucestershire, The Self Managed Learning College  in Brighton and HEET in Hampshire. And they are projects that are just starting up or newly formed, like the East Kent Sudbury School, in the Southeast,  and Alexandra Park, in Manchester. Further afield, in countries with more flexible school registration requirements than ours, they are growing even faster. They are at the opposite end of that ‘control scale’. This is schooling rooted firmly in freedom and choice, or as I’m calling it here, Free-schooling!

You may have heard of the concept of unschooling; in a nutshell, this is a style of home-education, which is about as far from school as one can get. It is a totally autonomous (self-directed) way of learning that involves no imposed curriculum or structure, no timetabling or expectation to complete certain activities or assignments, or to study certain subjects. The child can steer their own path, decide when, what and how much they want to learn. And the remarkable thing is, evidence has shown it to be very successful. (www.self-directed.org/sde/why/)

These ‘free’ schools (not to be confused with the shambolic and divisive Govian free schools project!) follow a similar autonomous, self-directed educational philosophy. It’s not a new concept. In fact, according to Wikipedia the 1960s saw a surge in ‘Free Schools’ in America, as people became increasingly disillusioned with institutionalised learning. Sadly despite our very own Summerhill being one of the main sources of inspiration, the trend wasn’t echoed here in the UK; perhaps back then, there wasn’t such a need for it here. But that is changing. A new wave of democratic schools and learning centres is now beginning to emerge, not just in the UK, but across Europe and the world, too. Democratic schools have, at their heart, trust in the child. Unschooling and democratic schooling styles trust students to make choices, to follow their interests, to motivate themselves. And surprisingly, without the pressure of being forced to follow someone else’s plans, it absolutely works.

The concept of total child-directed learning, is largely unfamiliar, and often unpalatable to much of our population. The traditional, mainstream methods of schooling are so entrenched in our society, that suggestions of different, more successful, more effective schooling styles has become hard to swallow. But increasingly, parents are turning their backs on the rigid and controlling school system, and seeking out more flexible options such as home education. Now is the perfect opportunity for alternative schools like these, to rise and shine.

In fact, all over the country and beyond, groups of people are committed to making this kind of education more accessible. Groups such as Eudec and  The Phoenix Education Trust and the Alliance for Self Directed Education are working hard to raise awareness, and push forward a shift in our thinking about education. There are lots of preparations underway, ahead of what looks to be a real turning point in our education provision. It is possible that fully autonomous education, free-style education, may soon be available to more than just the home educating community.

If you are curious to know more about this style of education, I invite you to delve deeper, using the links above. If you look into it, there may well be a group of people near to you, beginning a journey into democratic ‘free’ education. And if there’s not, you could always put the idea out there locally and see if there’s interest.

Education does not have to be rigidly directed, imposed and controlled. It works better if it is fluid, dynamic and most importantly, self directed.

It works best if we trust learners to direct it themselves.
. 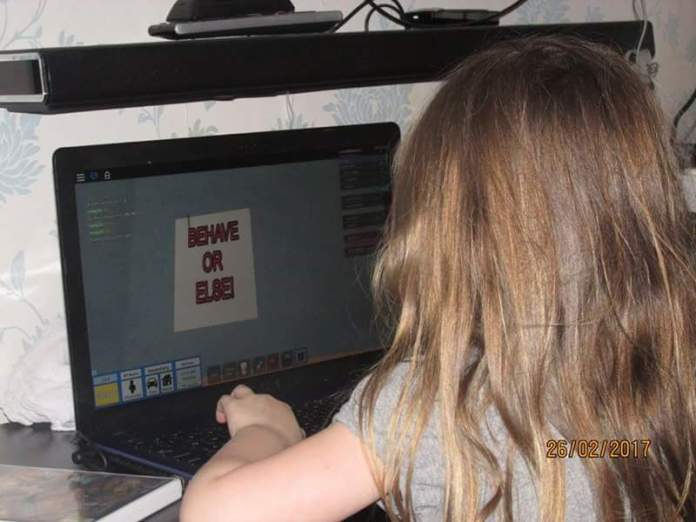