There is a parliamentary bill, currently working its way through the readings and committee stages, which is, quite understandably, angering home educators. 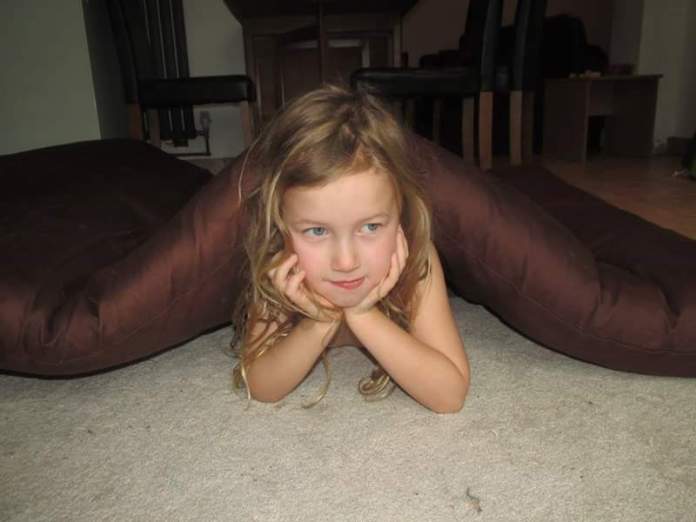 The bill, proposed by Lord Soley, originally called for:

Lord Soley then apparently had second thoughts, and realised that perhaps he was being rather too ambitious: before his second reading of the bill, he backtracked, saying he would seek to amend it, to take out the “physical and emotional development” aspects.

So… presumably, once it’s amended, the new bill will read, “local authorities to monitor the education of children receiving elective home education”.

– compulsory registration of all home educated children with the local authority;

– monitoring and assessment of their education;

with parents possibly obliged to:

– provide information to their local authority when requested;

– allow officers to enter their homes to assess them;

– allow officers to interview their child alone, away from parents;

The bill also makes mention of “supervised instruction in reading, writing and numeracy”.

But why then, if this is purely about monitoring and assessing quality of education, did Lord Soley continue to talk in parliament, about abuse and neglect, and other (quite blatantly) welfare issues?  About children apparently disappearing and being abused (not home educated)? And about how “clever, intelligent and incredibly manipulative” he has known abusive parents to be? And that we need this bill (in his own words), “because it is so easy to fall into the trap of thinking that everything is all right and that the black eye came from the kid falling down the stairs or something of that nature”?

No, Lord Soley isn’t concerned with the quality of children’s education (if he was, he would surely find many more pressing issues to write bills about, concerning schools and how they are consistently failing some children).

He is actually concerned about child abuse and radicalisation (which he also mentioned in his speech). And, frustratingly, the home education waters have been so muddied by the media’s portrayal of us (as neglectful, abusive, selfish or extremist pariahs), that this false association of the two totally separate ideas, has become deeply entrenched into the minds of so many.

And it’s deeply upsetting to so many home educators, many of whom have battled through confrontations with schools and local authority staff (who often have had neither the time or resources to properly support their child) in order to get the best possible education for them. And those who love and care for their children deeply enough to know that the data-driven, exam-factory school system is not the kind of future they want for the entirety of their loved one’s childhood. These are not neglectful or abusive parents. They are simply parents who are going above and beyond what society normally expects of them, to ensure the best for their child. Is it any wonder we get angry when Soley declares to parliament, “I knew then that the parents of children who took them out of school seeking to abuse them, knew that they could hide the child.”

Is it any wonder that we find it insulting? 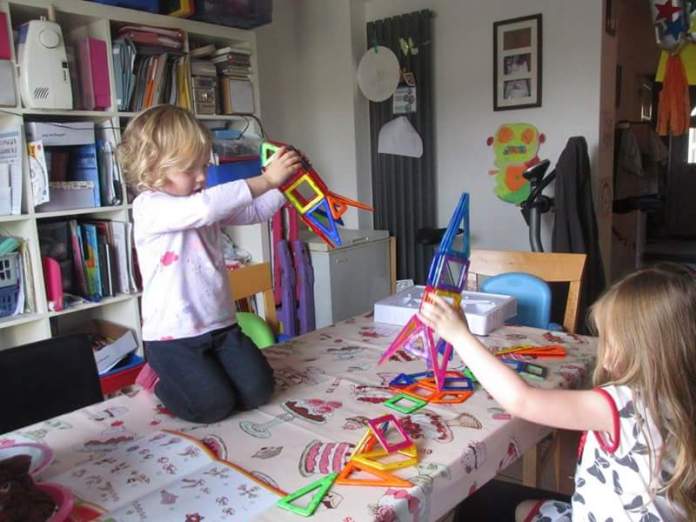 Yes, it is right to be concerned about child abuse, neglect and radicalisation. But why does he (along with countless others) continue to link these problems to home education?

Children from all educational backgrounds are vulnerable to abuse or radicalisation, and of course measures must be in place to try to prevent or intervene. But in home education, these measures already exist, and work well. Social services follow up reports (which might come from anywhere – relatives, friends, neighbours, even strangers) of abuse or neglect. The one case of neglect that Solely mentions specifically, that of Dylan Seabridge, a child who died of suspected scurvy, was complicated by the way the family was supported (or not) by social services. Concerns were raised about his welfare,  and could have been followed up by social services, but never were. Instead, only an education officer was sent to assess his education.  Since then, home education has been systematically used as a scapegoat. Could his life have been saved if he had been seen by healthcare or childcare or social care professionals? Quite possibly, yes. Did he die because he wasn’t assessed by an education officer? No. Social services should have checked on that child, and didn’t. It was nothing to do with his home education.

And the sad truth is that being in school, or being “visible” to authority figures, does not prevent or stop abuse. As the NSPCC acknowledges, 1 in 10 children have experienced neglect.  And the figures for abuse of all kinds are startling.  Like Soley himself said, abusive parents can be clever and manipulative. It remains hidden. How on Earth does he think a once-a-year meeting and educational inspection will prevent or alert authorities to abuse?

And the misconception that we are doing this in order to neglect, abuse or radicalise our children, is not the only reason we are enraged…

By law, the responsibility to ensure that an appropriate education is being provided, lies with the parent. Section 2 of this document, gives really good run-down of the legal position (Lord Soley himself might do well to read this!). Often, families choose to delegate the task to a school. Otherwise, as the law stands now, parents are trusted with that responsibility, in much the same way that they are trusted to keep their children safe, healthy and fed. Of course, if a concern is reported, on any aspect of a child’s rights or welfare, to a local authority or social services, then they currently have (and usually do use) powers to investigate and intervene. These provisions and powers are already in place, and regularly used.

But no part of parenting responsibility is routinely and indiscriminately monitored like this bill is proposing, on an annual basis.

You would not expect a welfare officer to demand access to your home to inspect your living arrangements once a year, to check you are raising your child correctly. You wouldn’t let a stranger come in and check your kitchen cupboards, fill in an assessment form detailing what foods you are planning to feed your child, demand evidence to prove they have been fed correctly, and demand an interview, alone with your child, to interrogate them on what they have eaten over the last year.

Nor would you expect to have an officer turn up at your door once a year, to inspect, interrogate and document your child’s sleeping arrangements, or their hygeine or health, or that you are providing them with love, or water… or any of the other things that are considered to be rights of children. Parents are still – thankfully – trusted to be parents.

And so in that same way, we should not expect an “education officer” (a stranger who knows nothing meaningful about our family, or children, or our situation) to show up once a year, interrogate us about our child’s education, demand to see evidence, demand to speak with our child alone (even police officers do not have that provision), before filling out a form and making a judgement on whether we are doing all this well enough to be able to continue.

Home education is hard work, and demanding, and there will inevitably be families that struggle or need support. But that provision is already in place. The local authority are already on hand to support as needed, and should they have reason to be concerned that a home ed child’s education is inadequate, they have the powers to make enquiries or investigate (though in reality, even now many families find the local authority education officers to be anything but helpful).

Interestingly, this week, BBC Breakfast ran a week-long series covering Special Educational Needs, kicking it off with a look at how enormous numbers of families feel let down by the school system, and turn instead to home education, as the only real way to support their child’s learning.

When many home educators have taken on this role as a result of desperation with the inadequate support provided by schools, it’s no wonder that we find the idea of a local authority “education officer” making this ‘adequate or inadequate’ judgement, rather concerning.

In schools, trained teachers, SENDCOs, educational professionals, with access to a multitude of outside agencies to call on, are failing to support many of our youngsters. What on Earth makes them think that a local authority “education officer” will suddenly become an expert in all these complex and diverse children’s needs, and become capable and competent at judging whether the education we provide for them is suitable. If it wasn’t so devastatingly serious, it would be laughable. 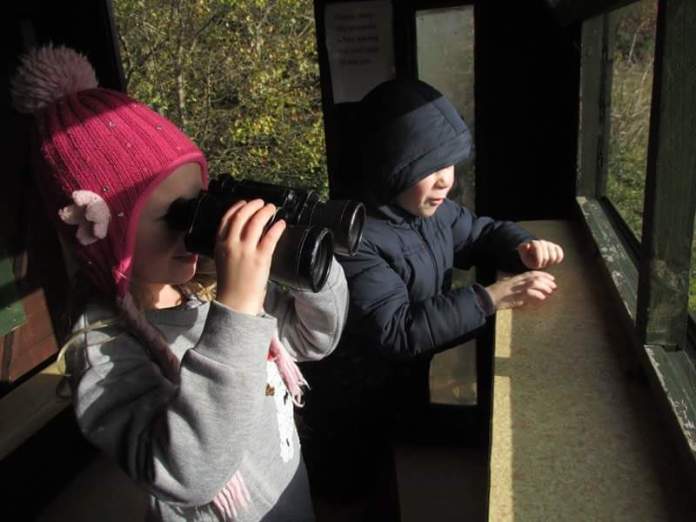 And what about providing evidence? Home education doesn’t – and shouldn’t – involve the gathering of evidence. Unlike schools, who gather evidence on our behalf, since they are providing the service of educating our children, home educated children often learn in a more natural, organic way. Learning is driven by purposeful, real-life experiences, not by worksheets or study books or portfolios of evidence. Who is to say that an “education officer” will understand that a lack of worksheets or exercise books doesn’t necessarily indicate a lack of learning? Who knows what criteria might be set by local authorities, in order to tick that box?

Lord Soley himself admitted that he had little knowledge of education. He also probably has zero knowledge of the thousands upon thousands of home educating families. And because he has no knowledge, he is afraid. But his fear is misplaced.

Home education is not the dangerous beast that it’s been made out to be. It is simply a widespread community of families, who have chosen this path for a wide variety of reasons, determined to provide the best possible opportunities and learning environment for their children. And they are doing it in a peaceful, non-confrontational way, just minding their own business and raising their children into well-educated, well-rounded  young adults that are motivated and successful.

By all means, let’s turn the spotlight onto abuse, neglect and radicalisation. But if you think you’ll find it in an annual home education inspection, then you are seriously misguided. The only things you will find there, are anger, reluctance and wariness.

All we want is to get on with things ourselves, without unnecessary bureaucratic interference, putting pressure on our children.

And to not be misrepresented as abusive, neglectful, manipulative extremists.

Don’t forget – I’m now also on Facebook. Find my page here  Hope to see you there!